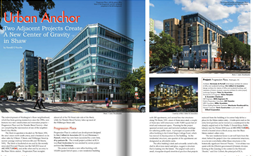 After an award-winning association with Devrouax & Purnell Architects,

Barbara G. Laurie founded and was Managing Principal of DP+ Partners, LLC. Barbara Laurie's landmark work of 200 projects provided focused visibility for African American women in architecture. Barbara practiced Architecture for 21 years and was also Past President, AIA/DC; President, Washington Architectural Foundation; Board Member, DC Preservation League; and Trustee, Howard University Math & Science Middle School. One of Barbara's missions was to improve the issues concerning minority architects, especially women in the architecture profession. Her inspiration came from the students she taught and the interns she mentored. Part of her goal was being involved with young people and finding solutions in the architecture realm. dp+partners would like to celebrate the life of its founding member by dedicating the website and newsletter series in Barbara's honor. 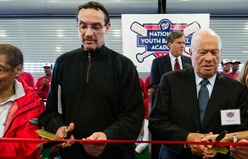